Top 7 Things to Do in San Francisco for Pride Weekend

The San Francisco Pride Celebration is the largest Pride event in the country, attracting nearly 2 million visitors. If you are planning to visit San Francisco, expect the city to be hustling and bustling with activities and people! There are numerous Pride-related events the last full weekend in June including the official festival, with six stages of entertainment, and the famous Pride Parade which goes down Market Street.

Pride is More Than Just a Weekend

Whether you want to wave your rainbow flag in San Francisco or just see all the vibrant color that comes out for Pride, there is plenty to see and do beyond the official events from watching never before viewed movies to touring the Castro on a bike ride. We’ve put together a list of our “Top 7 Things to Do” while visiting San Francisco for Pride.

Frameline43 is presenting 59 US indie film premiers which include 22 world premiers. If catching a flick is your thing here is your chance to watch films you probably have not seen yet. The 10-day long film festival is a great way to participate in Pride before (or as a break to) all the exciting outdoor events.

This ensemble, now in its 41st year, is a year-round treasure in San Francisco. This year they are ending their season with three performances of QUEENS.

Tour San Francisco and the Castro by Bike

Bay City Bike offers guided and self-guided tours of San Francisco. Their Streets of San Francisco bike tour takes riders on a guided tour of the top city sights – including a ride through the Castro district. The tour features super comfy and easy to use electric bikes that make navigating San Francisco’s famous hills a breeze. I wrote about their e-bike tour earlier this year.

Alternatively, ride a tandem bike through golden gate park. Tandem bikes are a fun way for friends/couples to share the biking experience together. One thing is for sure, the riders will never get separated!

BIKING TIP: Pride events will be busy and full of people. While it may be tempting to bike ride to the festivities, we recommend taking public transportation and saving the bike rides for less busy days or other parts of the city.

The Transgender March is the largest in the country and is held the Friday before Pride weekend. It starts at Dolores Park and ends at Civic Center.

A giant Pink Triangle is installed on Twin Peaks and is visible across much of San Francisco. On the Saturday of Pride weekend, 175 pieces of canvas are staked into the ground to create this giant triangle. Show up with gloves and a hammer if you want to participate in the event. 7 AM – 10 AM with a ceremony held at 10:30 AM.

The Pride Parade is the oldest and largest in the country with an estimated 100,000 spectators lining up on Market Street to watch the floats and marchers pass by. The parade is held Sunday of Pride weekend at 10:30 AM starting at Pine and Market Streets and ends at the Civic Center.

This two-day event happens on the last full weekend in June. While there are two stages of events and performances on Saturday, the main event is Sunday with six stages of all-day performances. The festival includes performers from the LGBTQ+ community such as the Sisters of Perpetual Indulgence. Some stages offer interactive performances that teach line dancing, swing and other types of dance. Performances start at 11 AM as the first Pride Parade participants arrive at Civic Center.

Questions About Biking in San Francisco?

Talk to the folks at Bay City Bike, who may answer the phone “Gay City Bike” during Pride weekend, if you want tips or suggestions on bike routes and tours during your visit to San Francisco. They can give you the best information on where to go (and where to avoid), so you get the most out of your San Francisco bike tour. 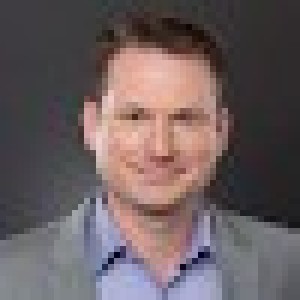 Top 7 Things to Do in San Francisco for Pride Weekend

What To Do In San Francisco – Biking Golden Gate Park